In the early sixties, before sophisticated hearing technology was available, Hilda Gregory was one of a handful of deaf educators who believed that even children with profound hearing losses, wearing hearing aids, had enough residual hearing that they could learn to listen and talk.

The model of small groups and individual sessions that was the cornerstone of the children’s success at VOC is the one we still use today. We provide our children with the listening and spoken language skills, education and confidence to pursue their dreams to the highest level.

There are many organizations that teach young children who are deaf and hard of hearing to listen and speak. Besides a philosophy and methodology for developing those skills, something else they have in common is that they all started with parents who were looking for the expertise that would help their children learn to speak for themselves. In 1957 the Society for Children with a Hearing Handicap began as an information gathering organization to help parents learn more about what they could do for their child. Parents were desperate for guidance.

By 1960, the Society took a dedicated approach to the oral method of teaching children. Parents believed their children could integrate into neighbourhood schools with the right language and speech therapy. It was an option to the manual approach of the Provincial School for the Deaf.

In the early 1960s parents organized committees and approached the local school boards, asking for classroom space for their school age children. The Society would pay the teacher’s salaries. Those classes were in Coquitlam and Richmond. There were approximately 75 children enrolled in the classes during that time.

In 1963 the Society established a preschool. Under the leadership of Denny McLellan who was the father of a three-year-old deaf boy, the preschool committee found an acoustically treated classroom and raised the funds necessary to hire an experienced oral teacher of the deaf, Hilda Gregory who guided the growth of the Vancouver Oral Centre (VOC) for the next 35 years.

The first preschool class was opened with a group of eight three-year-olds. By 1965-66, two more classrooms and two more teachers of the deaf had been added. By 1969 the Society had achieved its goals of developing a comprehensive auditory-oral program. The parents provided all the governance leadership. During this time, the Society depended on government grants, fundraising (an annual car wash!) It should be noted that from the beginning, it has been one of our core values that every child and family will receive services regardless of ability to pay.

It was time to think about expansion. Visits to other independent private oral schools in Montreal and Portland, Oregon helped solidify the next move for the Society. In the fall of 1970, the Society transferred leadership to the VOC with an eye to the challenges and opportunities of the future.

With a strong foundation and a clear mandate to educate children to listen and speak, the VOC evolved into Children’s Hearing & Speech Centre of BC. Our journey has included rented spaces, emerging technology, newborn screening and early intervention, an on-site audiologist, family-centred practice, provincial-wide services for babies through secondary school, a multi-disciplinary approach to meet the various needs of the children and finally a move into our own home in 1998.

We have grown, but some things have not changed. We have never wavered in our commitment to to the listening and spoken language paradigm and the opportunities it makes possible for children who are deaf and hard of hearing. And this – Parents continue to be our most important partners in their child’s success, as well in the well-being and sustainability of the Centre.

MUSIC TO OUR EARS! 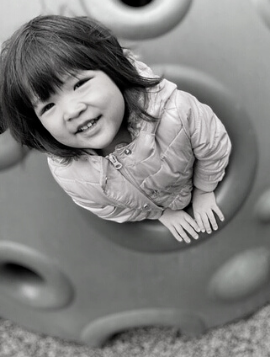 Is a Registered Charitable Organization with Canada Revenue Agency and an Extraprovincial Society under the Society Act of BC.

© 2021 Children's Hearing & Speech Centre of BC. All rights reserved